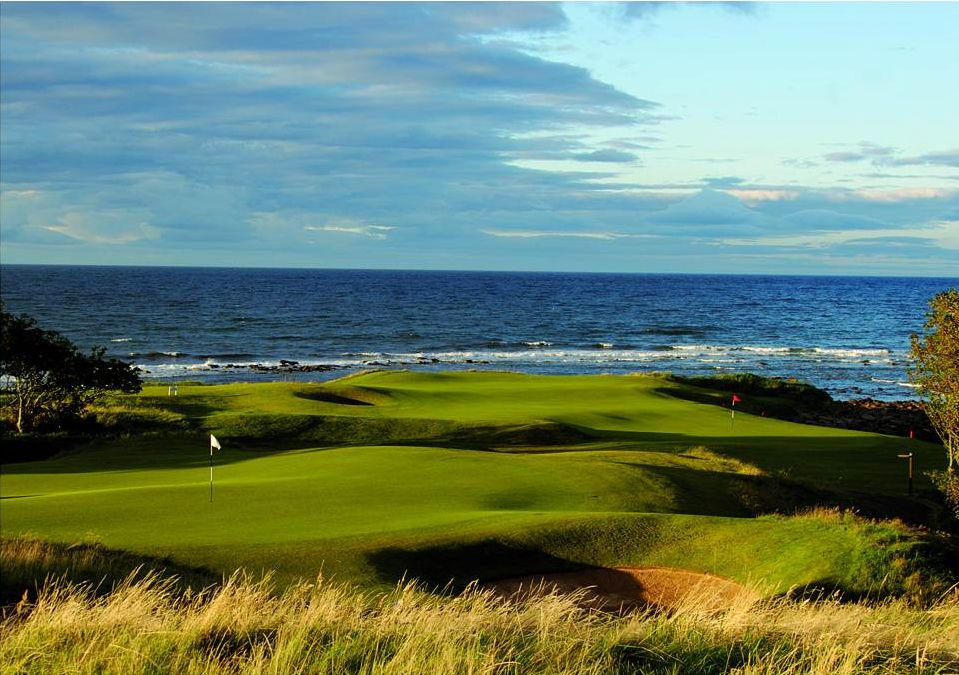 Kingsbarns, designed by Kyle Phillips, opened in 2000, is set on a levelled amphitheatre-like slope down towards the coastline, so nearly every hole has views of the sea. Other holes, such as the par 5 12th and par 3 15th, require a tee shot over the sea.

The only Scottish course to be built on links land in over 70 years, Kingsbarns enjoyed immediate acclaim by being awarded Golf Digest’s Best New International Course in 2000. Kingsbarns has joined the great old courses of nearby St Andrews and Carnoustie, bringing with it a new dimension to the traditional Scottish game.

At more than 7,100 yards from the championship tees, Kingsbarns is a formidable enough test to be included in the Dunhill Links Championship rotation each fall that includes the Old Course at St Andrews and Carnoustie Golf Links.

Why playing The Old Course, Kingsbarns, Carnoustie and Gleneagles make The best golfing weekend ever