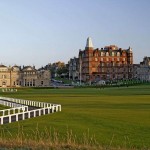 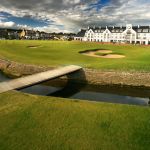 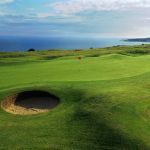 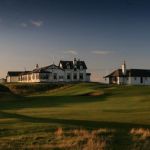 By Richard and Mary-Alice Jafolla of Golf Nook, Scotland

Scotland is proof that great golf doesn’t have to be played on 7,000 yard courses and take five hours for a round. The country is dotted with wonderful smaller golf courses that you can play and at modest rates.

[dropcap]I[/dropcap]n a series of 4 blogs, we focus on some of the major championship courses – the “Big Boys” – around Scotland that have delightful “Little Brothers” – shorter, less-demanding courses that treat you to a round of genuine Scottish links golf.

We’ve divided Scotland into 4 areas to bring you excellent examples of the less difficult links courses that can be found:

In this blog we concentrate on the fourth and final area and take a look at the Little Brothers in Aberdeen, North Highlands and South West Coast.

Don’t let the mighty Big Boy golf courses intimidate you into staying home or not enjoying some memorable Scottish links courses. A rewarding golfing experience awaits you, no matter what your handicap.

These Little Brothers have lower green fees than the championship courses and are usually more available. Often sought out by scratch golfers and touring pros wanting to relax or practice, they are one of the best kept secrets of Scotland. You too can discover them – links courses you can manage and can be comfortable with. Look into it, because a whole new world of golf will open up for you.

Bear in mind too, with only two exceptions (Anstruther and Dunaverty), these courses share the same land, the same superintendents, the same consistency of greens, and the same weather conditions with their bigger brothers – a key factor in their quality.

Read St Andrews Old Course tee times – 4 ways to guarantee success to find out how to get a tee time on the Old Course or for help and advice.

A spectacular golf course on the edge of the North Sea, with 6497 yards off the white tees and a par 71. The Balgownie is difficult and with a multitude of up and down fairways.

A must-play for the skilled golfer, but definitely not for the neophyte.

Another magnificent championship links course and one of Northeast Scotland’s premier venues. Basically the same terrain as Royal Aberdeen, which abuts it, Murcar offers even more spectacular up and down fairways. The course lies directly on the North Sea coast, with 6325 yards off the white tees and a par of71.

Another must-play course if you are in the area but, alas, not for the novice. 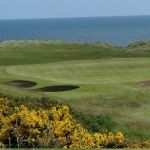 Royal Aberdeen’s Little Brother – Silverburn Course – was opened in 1983 as a relaxing alternative to the Balgownie.

Shorter and less demanding than the championship course (4021 yards, par 64), the Silverburn lies next to it and is a very enjoyable play.

Murcar’s Little Brother – Murcar Links Strabathie Course – is not in a class with the 18 hole championship course, but is a rewarding play for the novice or the golfer who wants to practise.

The appealing course has a par 35 for nine holes, which cost a mere £15 weekdays/£22.50 weekend. So you see what excellent bargains these alternate courses are. Like its big brother, this memorable links golf course is maintained in the same excellent condition as its sibling.

Royal Dornoch is the most legendary golfing treasure of the northern Highlands. Third oldest golf course in the world (after Leith and St Andrews), many golfers know of its greatness but few have actually ventured this far north to play it. Here is another championship course that would most likely be on the Open Championship rota if it were more accessible. Bordering on the sea, with strong winds usually prevailing and rugged vegetation everywhere around you, Royal Dornoch becomes an exhilarating experience even if you only stand there.

If you are not ready to tackle this Big Boy, you can play his adjacent Little Brother and still enjoy good links golf with the spectacular views and northern terrain.

The Struie lies nestled below the “top course,” is an easier play and roughly half the price. A genuine links course, at 6,192 yards with a par of 71 it commands respect but not the expertise demanded by the Championship course. Not recommended for beginners, it is challenging enough for the mid handicapper to enjoy. Yet this feisty ‘younger brother’ is playable by those who are not ready for a championship course or those who simply want to sharpen their skills.

The farther north you go in the summer, the longer it stays lighter. So if you go up to Dornoch on Midsummer’s Day (around June 24) or anytime close to that, it will barely get dark at all. People can tee off in the evening to play an entire 18 holes.

Magical Machrihanish golf course, where you tee off over the ocean, certainly one of the best Scottish courses and a real jewel in the southwest of Scotland. The narrow peninsula of Kintyre (made famous by Paul McCartney’s song “Mull of Kintyre”) is almost tropical in appearance, with palm trees and surprisinglymoderate winters thanks to the Gulf Stream, which passes close to the area.

If it were not so remote, Machrihanish would be the perfect venue for championships and perhaps the Open Championship. The serious and adept golfer will be well-rewarded for making the trip.

Dunaverty Golf Club is only minutes from Machrihanish and a golfing experience few visitors to the area ever take the time to play or even know about. Founded in 1889, Dunaverty is a links type course mixed with some heathland and moorland. Compared to many other Scottish golf courses it seems quite Spartan when you consider the little wooden building that serves as the clubhouse and the little “honesty box” where you leave your green fees (very low) when no one is there to take your money. Cows roam the Dunaverty golf course and members themselves often work to keep the course in good shape. Not your average golf course here!

The golf course measures 4799 yards with a par of 66, and has been played by some of the great names in golf. Possibly the most unusual golf course in Scotland. So enjoyable to play and something you’ll talk about for years.

It’s true. Scotland, the home of golf, offers great links golf for every level of skill. Golf is still “pure” here, taken seriously, and accepting of even the beginner. And the only way you’ll get to play these delightful links courses is as an independent golfer. The commercial golf touring companies don’t frequent them. Keep in mind also that these golf courses cost less…MUCH less…than the legendary ‘big boy’ courses.

Tip: Driving to Royal Dornoch and in need of a watering hole? The House of Bruar lies midway between St Andrews and Inverness. The “Harrods of the Highlands” is a shopping emporium featuring the best of Scottish products throughout its restaurant, food hall, country clothing, women’s and men’s fashions, and country living departments.

Note: This is an updated version of an article that originally appeared on Golf Nook Scotland 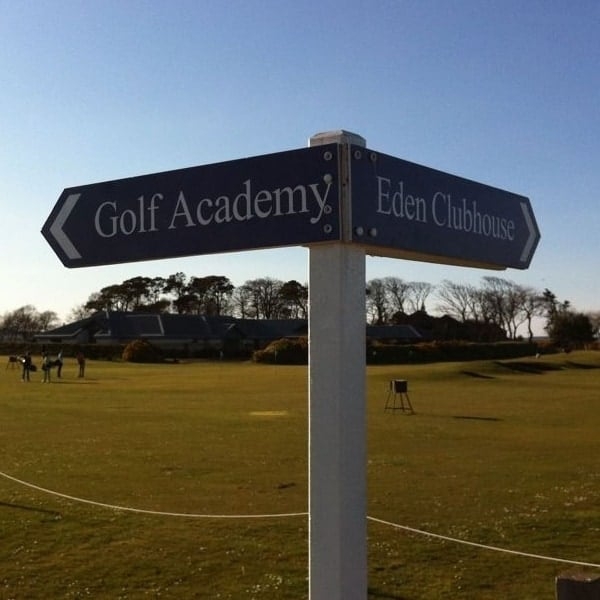 In Part 1 we look at the Little Brothers in St Andrews.

When you visit St Andrews you are surrounded by the finest collection of courses available for public play. St Andrews Links Trust, manager and custodian of 7 courses and 117 holes of golf, can boast of overseeing the largest public golf complex in Europe with its jewel in the crown, the Old Course, being possibly the most famous public course in the world. 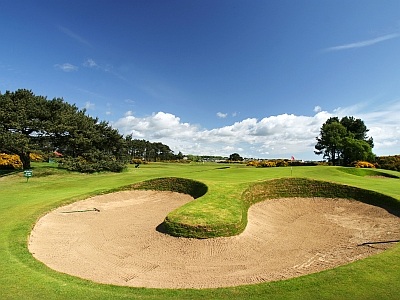 In Part 2 we look at the Little Brothers for Crail and Carnoustie. 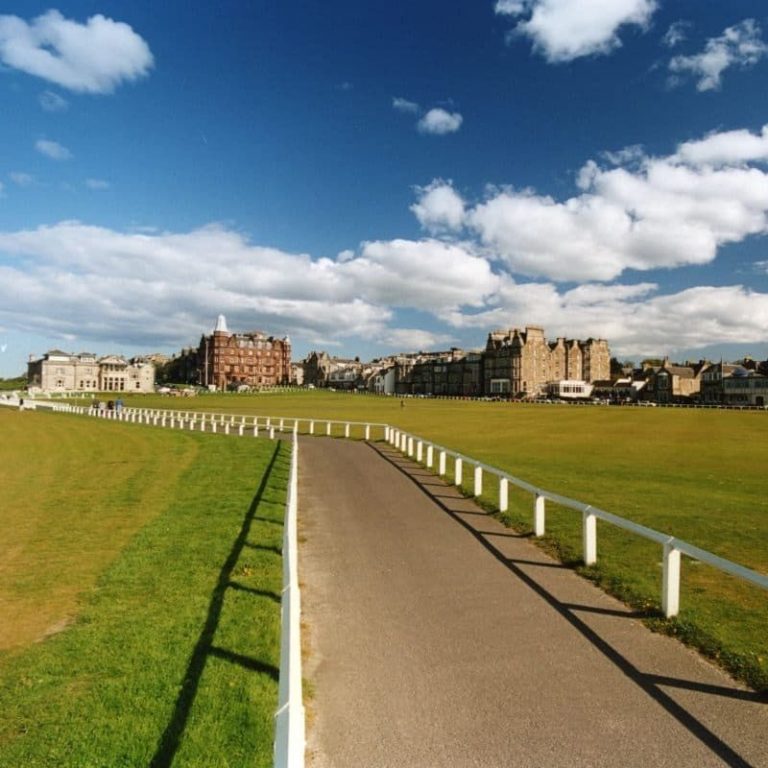 At the end of 2016 St Andrews Links Trust announced that the agreement with its commercial tee time partner Old Course Experience will cease at the end of 2017. It will assume responsibility for the distribution of all commercial Old Course tee times for the season commencing April 2018.

Time will tell; but potentially, this is great news for visiting golfers. 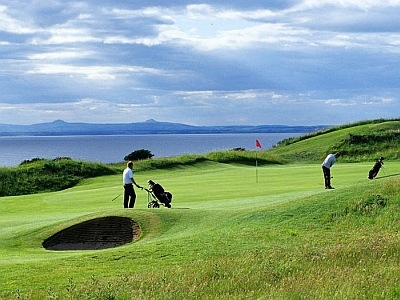 In Part 3 we look at the Little Brothers in Gullane and North Berwick. 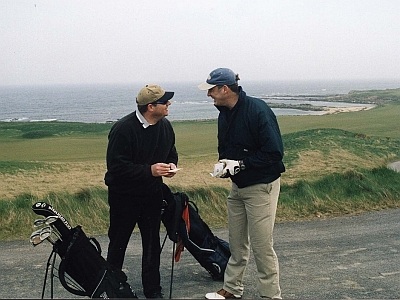 Never before have I played so badly yet enjoyed myself so much. The quality of our golf over the three days was patchy at times but the enjoyment was of the highest possible calibre.